Rescued from the Brink 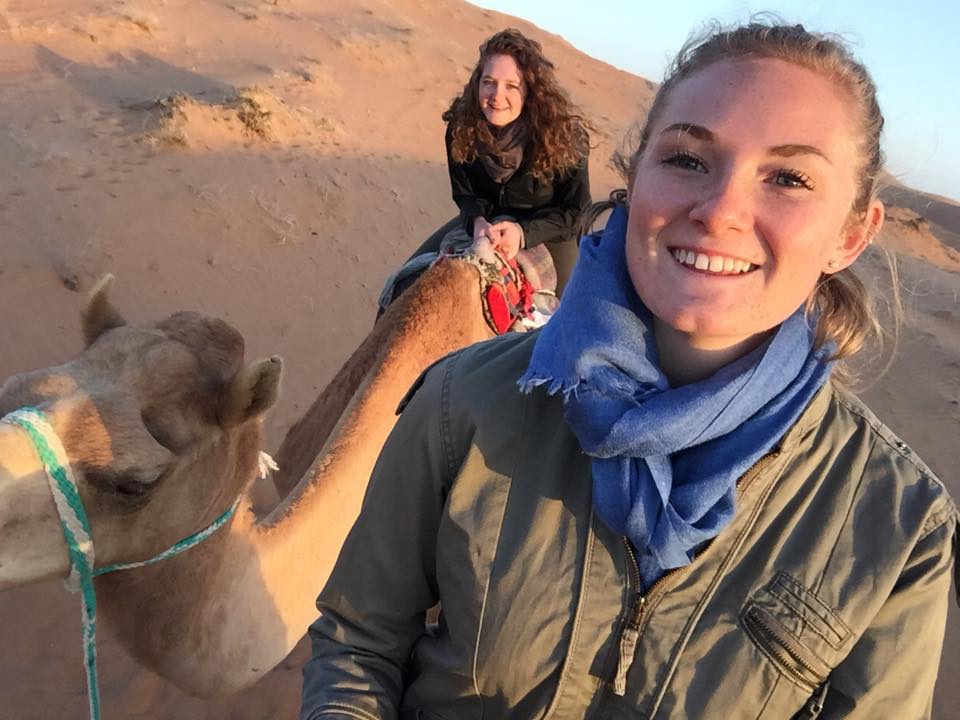 Christa Sue VerHoeven serves on staff with YWAM in Oceana. She has been radically saved and loves sharing the incomprehensible grace of God with the hurting. Her Wandering with Yahweh blog can be found at https://peacefulpassion.wordpress.com/

Where it started, I don’t know. Maybe it was a result of a bad childhood, or the bullies of my early adolescence, or maybe I invited it in during the rebellion of my teenage years. All I really know is that it’s there. It’s been there for a long time, and it has pulled me down, deeper than I ever thought I could go. This “it” I’m talking about, is hopelessness.

My parents divorced when I was relatively young, Mom remarried and we did the whole back and forth thing. Her husband struggled finding a suitable job so a few years later they packed up and moved across the country. In my younger years, that side of my life held the most struggles. A seed of rejection began to sprout from the belief that, with leaving the state, my mother was also leaving me. Bitterness towards my mother and her newly-formed family grew as well, I suppose as a way to balance everything out.

I only spent the summer and winter break in Arkansas with my mom. This caused difficulties with making friends and being connected. I always felt like the new kid, an outsider who did not quite fit. The inside of the house wasn’t much better. We all were affected by the whirlwind of anger, confusion, and pain. My three sisters and I, although at different times, all battled with my step-father, making us long to return to our home with our father, our safe place. However, it wouldn’t stay safe for long.

Right before my Sophomore year of high school a lot changed: my older sister left for college, my step mom, suddenly, left our family, and my dad, in a way, left me. He retreated, overtaken by a mental sickness dubbed bipolar. His depression increased while he decreased. The rejection I had felt when my mother left came rushing back like a flood, overpowering me. The place that was once a refuge for my brokenness had become a lonely asylum. I began to seek solace in the trends around me, quickly, falling to the addiction of self-harming and rapidly becoming suicidal.  When self-harm was no longer enough of a distraction from reality, I indulged in drugs and alcohol, tearing myself away from my pain night after night. I was trying desperately to escape the overwhelming blanket of hopelessness which I had instinctively wrapped around me. No longer in a place to deal with a rebellious, self-endangered teenager, my dad sent me to my mom’s home, halfway across the country.

It was in this abrupt disruption to my life, which shook me from my routine coping mechanisms, where God was able to finally slip in the cracks of my guarded heart. It was a slow approach, one I did not see coming until it was too late. God used new environments and friendships to speak truth and display love to me. Internally, a battle began to arise, my physical being wanted to hold onto its old habits and stay stagnant in depression, while my spirit knew there was a brighter life waiting for me. I only need to give into this loving God my friends spoke about.

It was April 27, 2014. I had been living in Arkansas for over a year, and the battle inside me was now a raging war. This is when the storm touched land. A tornado, furiously, ripped through the city I lived in, leaving a trail of destruction in its midst. It first touched down on the house of a family who attended the same church as me, the Tittle family. When the wind tore through the house it took with it the father and two daughters, leaving a single mom with seven children behind. I don’t fully understand how, but God used this tragedy to lead me into finally surrendering my life to Christ and accepting His gracious love. It was the response of the family left behind, and reaction of the community surrounding them that struck me: they did not accuse God, rather, they praised Him. The community served, loved, and physically took care of this family. They had survived the storm, and they chose to keep on living. There was something in all of this which grabbed my attention, something I desperately desired. It was hope, hope in the one thing that is lasting, hope in God.

I would say this is when I became a Christian, but not when I surrendered my life completely to God. I tried, but I was far too deep in my habits of drugs and alcohol abuse, and self-harm to do it on my own. Slowly, I began to fall back into my old lifestyle. By November I was suffering from depression again, and by December I was suicidal. I concluded, if God could not help me than nothing in this world could.

I found myself back in Idaho with my dad for Christmas. We lived near a large canyon. It was the middle of winter, and nearly midnight, and I was overtaken by hopelessness. I had given up on anything faith-related. Standing on the edge of the canyon, looking down into vast darkness, I pulled out a cigarette for a smoke. As paper became vapor, my death neared. A decision had been made, as soon as the white hit the orange, with nicotine giving me a burst of courage, I would jump. I was nearly finished when a man jogged behind me. Out of my peripherals I saw him glance towards me, glance again, and turn around.

Not satisfied by my answer, he hesitated before continuing, and finally replied, “Ok… just promise me you won’t do anything stupid.”

Before heading into my house, I lit another cigarette, still attempting to escape the demons of a still, lonely night. Only a few puffs in and my stomach churned and a dizzy sickness I have never experience took over me. Disgusted, I threw out the one in my mouth along with the entire pack of poison sticks. Later, I made another attempt at comfort, but again, the same sick feeling came when I tried to go to a party consumed by cheap liquor and amateur drug deals. I ceded to my final means of escape: a little razor blade I hid in my person journal. But there was no blade to be found! After searching my journal and my entire room, I gave up seeking relief. Everything I used to cope seemed to have been ripped away from me. With nothing else, I fell on my knees and cried out to the Lord. I came to him completely broken and hopeless, in need of a savior.

From that day on God’s grace upon my life has been evident and abundant. For the first several months of being saved, I was not tempted by my worldly habits, only the desire to know God more, and to serve others. A passion to reach people in their darkest times and share the hope they can freely have in Christ developed in me. I began a discipleship relationship with a lady from my church which pushed me to growth and held me accountable. As my faith grew stronger, temptation came back, but I could not forget his preserving grace upon my life. He had saved me not only from physical death but spiritual death as well.

My battles continue. I am now serving overseas with YWAM. Soon after arriving in Australia, I began to feel depressed, which quickly spiraled down into actual depression. I struggled for a couple months with trusting God’s goodness. I was very confused as to why I had yet again fallen into darkness, and it became difficult to reminisce on anything in my past, even my salvation moment. That made writing this article very hard. Thankfully, my bitterness did not last long and, as a child would, I ran back to my Father knowing no matter how dark depression can be, I would rather walk it alongside of God than be free from it and separated from Him. It’s been a difficult journey, one which hasn’t ended but lessened enough for me to feel like I can properly breath again. As I’ve been writing this, I have been reminded of God’s grace and faithfulness, and His diligent search to save His children. I am still blown away and literally brought to me knees by His love for me.

← The Good Portion and Single Parenting Abandoned →
Share This