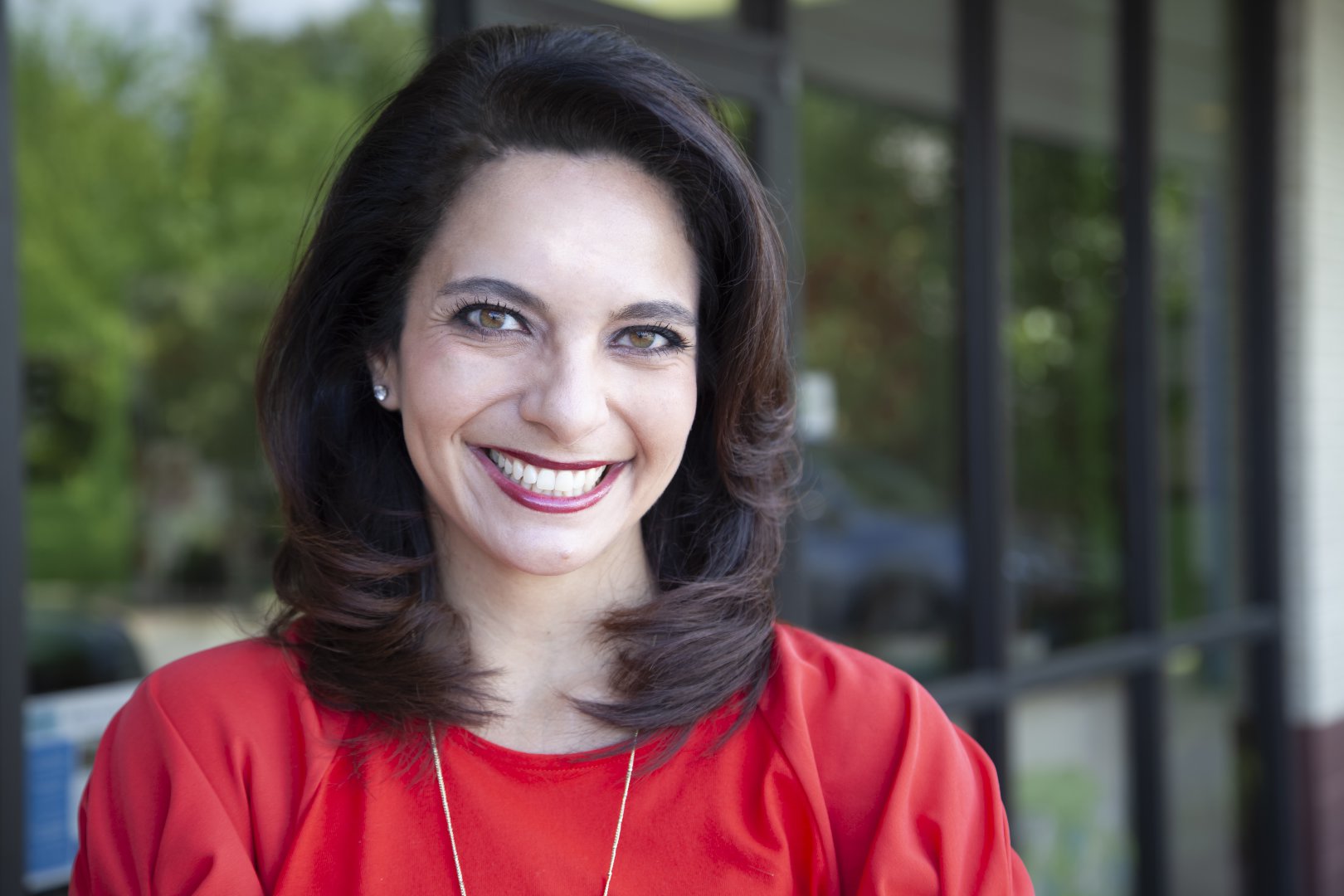 Christina Muñoz Madsen is a former news anchor for KATV Channel 7 and now has a marketing firm focusing on helping businesses navigate the ever-changing role communication plays on growing a business.

I felt so helpless and scared. My coworker, Anne Pressly, was clinging to life in a hospital after having been brutally attacked in her own home and there was nothing I could do. I’d just given birth to my first child two days earlier and wasn’t even able to go visit her. What about all the rest of the newscasters? Were we even going to be safe? All I could do was pray and, honestly, what good would that do? I’d had a very up and down relationship with prayer.

I was 22 years old when I moved to Arkansas as a TV news reporter. I had lived here about 2 years when my dad in South Dakota, was diagnosed with a rare cancer referred to as bile duct. He was only given three weeks at the time. My family was devastated, and I was really struggling with living 800 miles away. I traveled to be with him and, though we rarely talked about God outside the church’s walls, as a family we decided to pray.

At first, it appeared to be working. Five months later, the tumor that had spread to 90% of his liver was down to 40% and maybe even small enough for radiation. Dad felt good so he and my mom came to Little Rock to visit my husband and me in June of 2005. It was a fantastic visit but, on the way home his breathing became so labored that my mom took him straight to the hospital. The next three weeks were a blur.  We drove 12-hours to be with him when things got bad but then he got better and we started the drive back home. But after about 7 hours of driving we were told to turn around and come back. I missed his last breath by seconds, though they waited for his official time of death until after we arrived.

To say I was devastated would be a gross understatement. I had always been a “daddy’s girl” and to be honest, nothing really bad had ever happened to me so I had remained convinced that everything would be okay. Since it wasn’t, I made a very clear personal decision… I was never going to pray again. This was the first time in my life that I had chosen to turn to prayer and it didn’t work, so what was the point?

I lived that way for about six months. It was a very dark time. I’m naturally a smiley, joyful person yet I wasn’t at all. I cried often and felt lost. As December neared, I started to struggle with all the Christmas stuff. Christmas was always my favorite holiday but since I was anti-God and we were not on “speaking terms,” I was feeling weird about taking part in anything related to Christmas. That’s when a close couple friend of ours invited us to a presentation at a local church. I certainly didn’t want to go but our friend had put so much effort into it that my husband said we should go. I reluctantly agreed.

The presentation was called The Bema and was done by pastor Tim Lundy. (You can find an online video of it if you search “The Bema Tim Lundy.”) Bema is Greek for the judgement seat and it was all about the day when Jesus returns. As I listened I was overwhelmed with guilt and cried through the entire thing. At the end, he provided an opportunity to give your life to Christ and a very clear feeling came over me that I was supposed to do that, so I did. I didn’t know what that meant or what to do next… but I knew I was changed in that moment.

Shortly after that, my husband’s boss’s wife asked me to join her Bible study. Let me be honest, I kinda thought only nuns got together to study the Bible, but because of what had just happened, I said yes. And to this day, 14 years later, I am still involved in a group study with these 11 ladies. Those studies and the relationships with those women have been crucial to a growing relationship with God. And I would need that faith because around that time, my husband and I were told we wouldn’t be able to have children.

That devastating news started a two-year journey of infertility treatments, but it also began a journey of prayer. We prayed that God would allow us to have children. So when we got pregnant we were overjoyed! Then, when our first miracle baby was born, we were so very thankful! God had been so gracious to answer our prayers and give us a child. When I brought my daughter home from the hospital, all was right with the world. Then 15 hours later I got the call about Anne and our joy turned to sorrow. How could someone do that? How could they attack someone who loved the Lord like Anne? Looking back, I realize I was even angry that this person had stolen a lot of my joy in what should have been such a special time.

Anne Pressly was proud of her faith and shared it often. If I’m honest, before giving my life to Christ, I was a little annoyed at her outbursts in the newsroom when she would belt out “I need a little Jesus today!” Now, I wish I had that kind of boldness for as it says in Isaiah 58, we are to shout out loud, like a trumpet. She also would write out Bible verses that spoke to her during the work day on yellow post-it notes and stick them all over her computer. Months after her death, we finally cleaned out her desk and sure enough, she had kept all of them. Finding those post-it notes is what led to the creation of a book all about her called “Making Memories” which raises money for a scholarship in her name (see below). Anne was all about making a memory. She taught me how important that is and I’m now teaching that to my daughters.

I will always remember talking to Anne’s mom while Anne was in the hospital. I remember being so shocked at how joyful she sounded. She kept talking about her faith and her hope in Jesus and asking about my newborn. I couldn’t believe she was thinking about someone else at such a difficult time. Through the devastation and grief, Anne’s mom had a profound impact on my spiritual life. To hear her share about her faith in Jesus while her only daughter was literally fighting for her life, made me realize that I wanted that kind of faith. While I was a Christ-follower at that time, part of me felt like that meant everything should be “hunky dory”.

But I’ve learned that we are not promised that. In fact, we are promised the opposite. We started to think that Anne would come through because reconstructive surgery was scheduled for Monday but instead, she died five days after her attack. I was deeply grieved at losing Anne but I realized how much I had changed. I had learned that having hope IN SPITE of what happens to us is what real faith is all about. It’s easy to be faith-filled when everything is going great but the real test is when things are falling apart. The last time devastation hit, I moved away from God. This time, I grew so much closer.

And you remember those prayers I prayed for both my dad and Anne? I asked that they would be healed. Well guess what…I now know that they ARE healed! It may not be in the way that I wanted but we are not promised to get everything we want. What we ARE promised is much, much better – an eternal hope in Jesus!

To order a copy of “Making Memories: A Celebration of the Life of Anne Pressly” go here and click on Anne Pressly Scholarship Endowment. Be sure to put in the notes that you would like a book mailed to you.

I have told you these things, so that in me you may have peace. In this world you will have trouble. But take heart! I have overcome the world.

We will send you periodic updates to bring Grace in the Fire.

← The Heartbreak of a Prodigal Grieving Differently →
Share This