God or LORD of your Suffering? 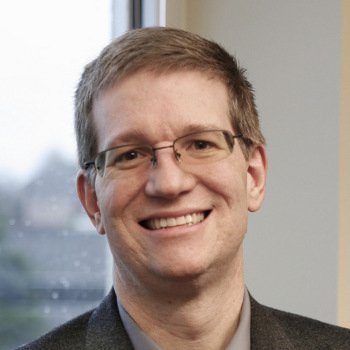 I noticed something this morning that I haven’t seen before in Genesis 1-3. There’s a very interesting pattern in the way God is named. In Chapter 1, the Creator is acting to bring all things into existence and is consistently referred to as elohim, normally translated as simply God.

Then, in chapter 2 verse 4, something changes as the account of man’s creation begins. It reads:

These are the generations of the heavens and the earth when they were created, in the day that the LORD God made the earth and the heavens. – Genesis 2:4 (emphasis added)

For the first time in all of the Scriptures, the proper name of God is used – Yahweh. This is the covenant-making God that Moses met in the burning bush and on Mount Sinai and eleven times in the Genesis 2 detailed account of God’s creation of man, the Garden, the trees and his helpmate it is Yahweh Elohim, the LORD God who acts. The Covenant-making God created man in His image and established the standards by which he would live in sinless bliss.

Of course everything changed in Genesis 3 as the serpent entered the picture. But notice the serpent’s language, “Did God actually say…” Not the LORD God. Just God. When Satan wanted to question God’s word, he didn’t want to bring in any reference to God’s covenant-making nature. And Eve followed suit in her reply, elaborating about the restrictions that God had placed on them. Then the serpent took the gloves off and blatantly accused that “God” was not for them but was actually holding out on them to keep them under His thumb. In the whole exchange, not one mention of Yahweh is found.

But I love what happened next as the LORD God re-entered the story walking in the garden. As the rest of the chapter unfolds, it was the covenant-keeping Yahweh Elohim who confronted the rebels and brought the discipline of the curse upon them and all creation. But it is also the covenant-making LORD God who initated redemption by promising a seed who would crush the head of the serpent. And it was the covenant-making God who shed the first animal’s blood to cover the sin of man.

It struck me that this has great relevance to us when we encounter trials and suffering, because it is in suffering that we are most tempted to forget God’s covenant promises. When we find ourselves in pain, we can easily feel like God is against us – that He is holding out on us. But it is Yahweh Elohim who has said that we have no need to fear because He is with us. It is the sovereign God of creation who promises that He will work all things for our good, even the fiery trials. And it is the redeemer God who sent His Son to pay the price for our rebellion and cover our sin once and for all.

In the midst of our trials, who will we address? Will we turn an accusatory gaze at the “God” who we believe has betrayed us and take matters into our own hands? Or will will call on Yahweh Elohim, the God who makes and keeps covenants, and trust Him to complete what He has begun? Is He the God or LORD of your suffering?

Regardless of your response, the Covenant LORD will come to you in faithfulness to redeem.